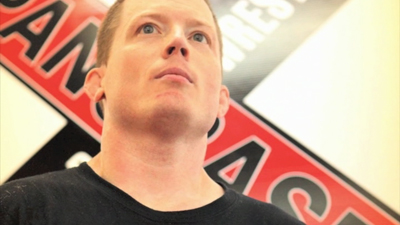 Eugene Shewchuk
Started training in Karate and Kung-Fu , then moved on to train in Greco-Roman and Freestyle wrestling and Muay Thai. While training in Muay Thai, he travelled to Bangkok, Thailand to train at a pro Muay Thai gym.

After graduating McGill University, left for Taipei, Taiwan, working at the Taipei American School as a gymnastics coach. There his training continued, learning Sanda, Chin Na, and Qi Gong.

Living in Taipei for 2 yrs, he left for Japan, where he found his true training. There he trained in sport and Combat Sambo, Shootboxing , Submission Wrestling and Judo.

He finally returned to Montreal, after spending 6 yrs in Japan.
In 2000, he opened Club Kozak, Quebec's first Combat Sambo gym and in 2008, affiliated with Pancrase; becoming Canada's only gym affiliated with Pancrase.
He was the former Canadian delegate to FIAS from 2001-2005, and participant in the 2000-5 FIAS World Sambo Championships and 2005 FIAS Combat Sambo World Championships.

He returns yearly to Japan to continue with training at the Pancrase gyms (PsLab Yokohama) and Innagaki-gumi (Ps Lab Osaka).